Houston Best Town USA…Houston is Where Business Thrives and Where Innovation and Industry Converge Making Change Happen. H Town is one of the greatest cities in the world and its economy is strong. The culture is diverse, and the quality of life is spectacular. It all combines to make this the perfect place to do business. From energy to health care and aerospace to information technology, the Houston region offers a strong infrastructure.  It supports these growing industries plus a thriving innovation landscape to launch the next generation of companies. Add in a highly trained and skilled workforce and you have the makings of one of the nation’s strongest economies.

When you think about Houston, Texas, you probably picture massive oil refineries, oppressive humidity, and a sub-par baseball team — a far cry from one of the nation’s most up-and-coming cities.   But you shouldn’t dismiss Houston so easily.  The Bayou City is an economic juggernaut.

It’s by far the country’s No. 1 job creator and home to 26 Fortune 500 companies. A paycheck goes farther here than anywhere else in the country, and it has a medical center larger than downtown Dallas.   Add a thriving restaurant and cultural scene, and you’ve got a winning case for Houston as the best city in America. 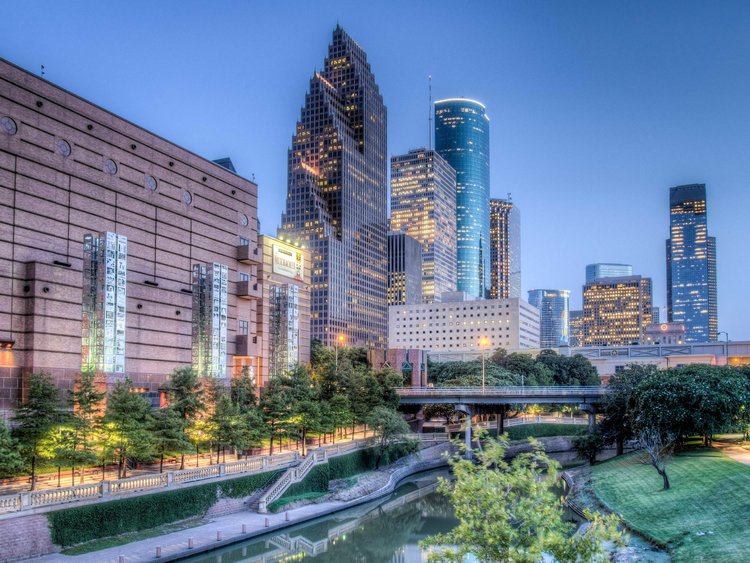 2.   Houston is home to more Fortune 500 company and more headquarters than anywhere in America except for New York.

3.   It hosts the world’s largest concentration of healthcare organizations and scientists working hard to beat cancer.

4.   It’s one of the centers of America’s lucrative oil and gas industry.

5.   The unemployment rate is significantly below the national level.

7.   The city is called Space City for a reason. It’s home of the NASA  Astronaut Corps.

8.   A paycheck goes farther in Houston than any other major metropolitan area.

9.   Houston recently passed New York to become the most ethnically and racially diverse city in the U.S.

11.   The New York Times calls it “one of the country’s most exciting places to eat.”

12.   Housing is more affordable here. Houston didn’t experience a housing bubble the way the rest of the country did.

13.   Space City has got more parks than any other top-10 metropolitan area.

14.   The combination of the University of Houston and Rice University means there are a bunch of smart people around.

15.   The city is filled with unique, world-class museums and cultural landmarks, like the Rothko Chapel.

16.   Houston has one of the largest rodeos in the world.

17.   Also the Astros. The Texans, Rockets, and Dynamo are all winners.

Welcome to the best SEO in town!